Facebook Messenger is testing dark mode, but only in some countries

Facebook has been experimenting with (and subsequently reverting) changes to its Messenger UI over the last few months. All throughout this testing, the most vocal demand we've seen from our own readers was for a dark mode to better supplement the blinding white design. Now, according to famed social app teardown expert Jane Manchun Wong, Facebook Messenger is finally starting to test a dark mode — but only in some countries, and it's still incomplete.

We don't know the list of supported countries, so YMMV. So far as we can tell in our own testing, the US isn't included. As a result, we aren't entirely sure what it looks like, either.

If you are in a supported country, based on the screenshot provided by Wong, a new "Dark Mode" setting should appear in the "Me" section of the app. A warning detailing that the new dark mode is still a work in progress will also appear — though it isn't immediately clear if that message appears when toggling the setting, or when loading the section which contains it.

If you are in one of the supported countries and you decide to flip the switch, be careful at night, as the incomplete dark mode implementation could unexpectedly blind you.

Although our own tests to try to trigger the new dark mode have failed, Jane Manchun Wong pointed out to us that was able to activate it successfully and snag a handful of screenshots late last year (which already feels weird to say about 2018).

The new mode looks like you'd probably expect, replacing all the stark and bright white backgrounds with black, and inverting text from black to white to match. The search bar and some other rounded UI elements remain gray, but darker. Based on the screenshots provided, in at least a few spots some parts of the interface are still white, though. 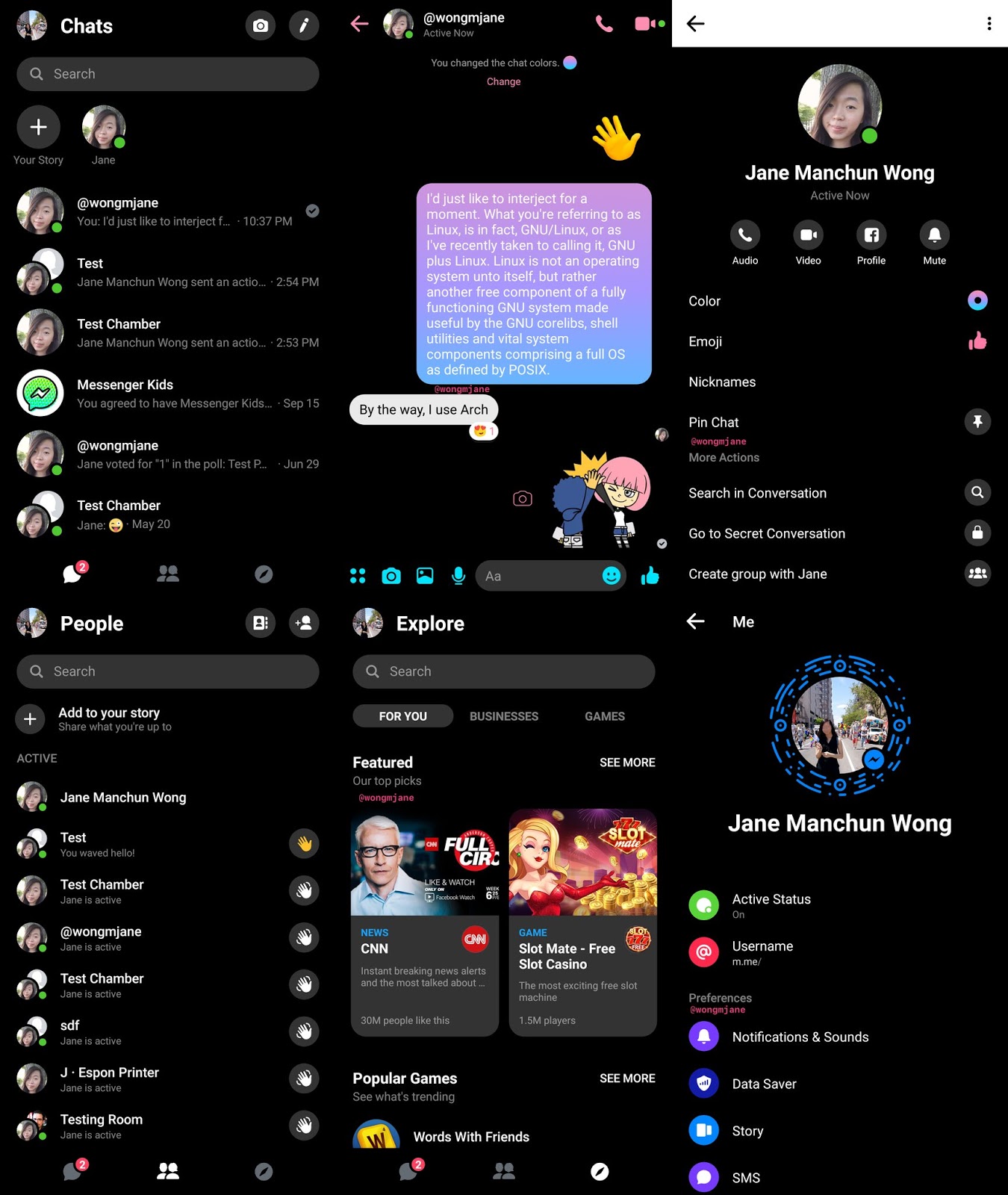 Although the new dark mode might still be in testing, it seems Facebook is pretty far along with it. Hopefully, it trickles down to everyone else soon.